Checking In From Namibia

*The content of this website is mine alone and does not necessarily reflect the views of the U.S. Government, the Peace Corps, or the Namibian Government.*

This is your international-residing Director checking in from the beautiful land of the brave, Namibia. I’ve been here for almost three whole weeks and it’s starting to move quickly.

Pre-Service Training is going well and I couldn’t ask for a better group of fellows trainees or Cross Cultural and Language Facilitators. Although our CED (Community Economic Development) group is only 14 members, we are undeniably close and supportive of one another. We are incredibly diverse in age, ranging from 23 to 68! It’s never too late to join the Peace Corps… 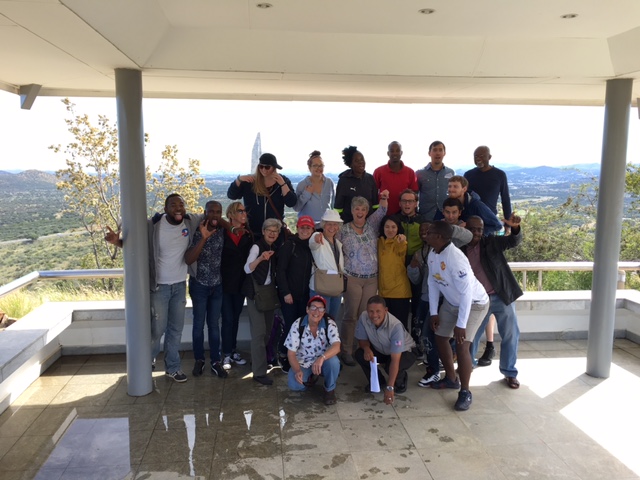 I am currently learning Afrikaans which is a descendant of the Dutch language. It is closely related to German, so I’m discovering the German I learned in high school and throughout college is benefiting.

A few things to know about Namibia: 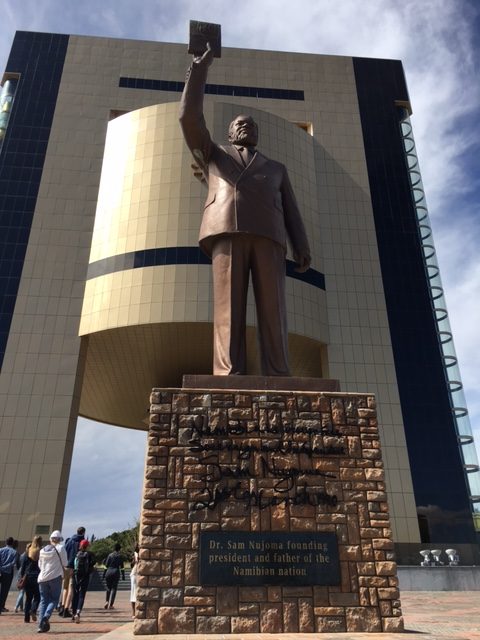 So now that you have enough trivia in your brain about Namibia, it’s time to do a brief overview of what has been happening so far in this wonderful new place I can call my home for the next two years:

Upon landing in Windhoek after a close 24 hours of traveling, we were greeted by the Country Director and Staff who treated us to Fat Cakes (Fried Bread, like a donut), some water and local sodas and then proceeded to take a group picture. Surprisingly, we all look in shape and ready to take on what was ahead.

We were loaded into vans and began the drive to Windhoek and Penduka; our hostel we’d be staying in for the first few nights. Let me tell you, driving on the left still takes some getting used to. Moving on, our stay at Penduka was nothing short of a retreat. It was on the water with three meals prepared daily, a few beers and a yoga session led by yours truly (I had no idea what the hell I was doing).

After meeting the lovely women of Penduka, our resource volunteers Andy and Christy, who by the way, were unbelievably informative and kind, we drove around Katutura. Katutura is Otjiherero for “the place we do not want to live” and the reason behind the name is when the South African council forcefully relocated the black population from Old Location to this new space, which was never the area they intended on living. 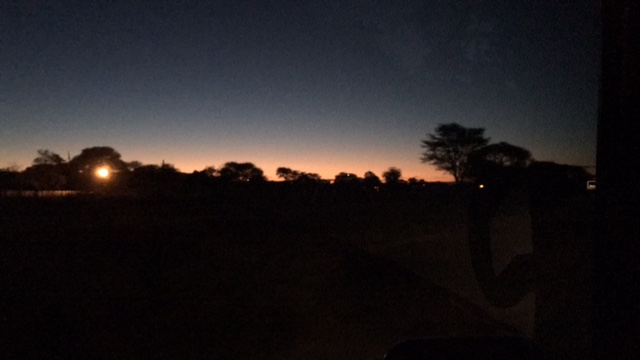 Quick sidenote and I do recommend you reading up on this: Namibia has a bit of a dark past beginning in the late 1800’s starting with colonial German rule, then South African rule, and finally independence in 1990. This nation has been battered, bruised, and left for dead but it is resilient and so are its people.

Fast forward, we have traveled north to Okahandja, about an hour north of Windhoek where we will all be in Pre-Service Training for the next two months.

We were living in an another hostel right down the road from our training center, which coincidentally fed us three meals a day and allowed us to share rooms. It felt almost like summer camp. However, we were assigned our host families and have moved in.

I love my host family. They are genuine, welcoming and encourage me to practice Afrikaans with them whenever possible. Plus my host mother is mind-blowingly good at cooking.

So far PST has gone well. I, along with two other trainees, have given a presentation on Business Plan Development to our Trainers, which we will do for small business owners and entrepreneurs in Okahandja in two weeks time. Additionally, we traveled to Windhoek to check out Heroes’ Acre and the Museum of Independence.

PST is a very rigid schedule so we do not have much down time but in that down time I have been running with my friend and fellow trainee, Justin, who also lives in the same neighborhood that I do and I have been doing yoga, writing, reading and a group of us just went on a hike today. Pretty sure I achieved my first sunburn here but better to get a base before summer hits in December and January when the sun can make you feel like an ant under a microscope beneath the sun’s rays.

Some interesting food that I’ve eaten so far:

Oh, and I assisted in the killing and slaughtering of a goat for our traditional cross cultural cooking day. Needless to say, I was the only one who helped our Trainers cut up the goat into different sections for cooking.

I know this was a brief but I hope it gives you a better idea of how I am doing and what Namibia is like. There’s much more to this incredible country and I am looking to discover it all. Cheers and Goeie nag.

For more on my Peace Corps adventure in Namibia, visit www.brettisabroad.wordpress.com

Learn About Our Programs

Learn more about all of the current programs offered from Educators of America!

Discover how you, your organization or your business can get involved with Educators of America today.

See What We're Up To

See what Educators of America is up to and get helpful information on PBL, MicroGrants, and more on our Blog!